I thought it appropriate to announce my blogsite on the occasion of the summer solstice, what we in the North know as the longest day of the year.  The day 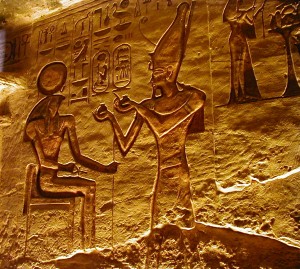 celebrated by ancient civilizations the world over, the solstice is a festive event well known to the Celts, the Sioux, and even in Quebec where the 24th of June, traditionally the midsummer festival, is a public holiday. In Egypt, it announced the coming of the annual flooding of the Nile River. At the Karnak temple, a beam of light on the solstice illuminated a sanctuary inside the temple. The spot of light allowed the Egyptian priests to determine the length of the solar year to within a minute.

Evocative of Shakespeare’s midsummer night’s dream, the dancing of fairies around a blazing fire, the sun at its zenith shining directly over the Tropic of Cancer, I open up the door to my world as an offering to my friends and say, “let in a little sunshine.”