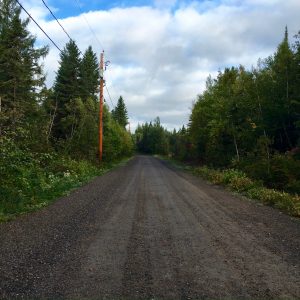 A bucolic, sylvan lifestyle has always appealed to me. For as long as I can remember, I have secretly harbored a longing to live “in the country.” But my career has kept me tethered to an urban abode. Admittedly, I have managed to abscond from the megalopolises of Paris, Berlin, Cairo and Dhaka to a healthier city of my own choice, but I have finally made it; I am sowing seeds in the earth by a river, down a road where nobody goes, and only the geese drop in. I have officially become a “Luciloise,” as the locals say, tying me to a saint, Sainte Lucie, who must have gotten her name from the miraculous effect which being here has had on me: a “loosening” of urban grit, metaphorically speaking. It is like the grease spots on the wall by the stove you no longer notice. I had not quite imagined the metamorphosis to be so grand.

In fact, nothing is really the same anymore. How I start and end my day are wholly different. I awaken to a silence that does not end. The trash truck and the recycling truck come once a week and with seemingly great respect for my privacy, both on the same morning! No cars or pedestrians pass under my window day or night, mindless that “I too just heard you screaming insults at each other.” I am not waiting in line at the bike path heading downtown or weathering the clamor of cars and horns when I step out my door to go anywhere. I am not scurrying, with matted morning hair, to the dépanneur, if I find I ran out of milk. Mid-week in the city, I am rushing, as is my modus operandi, to pick up some groceries on the way home and hope I can squeeze in some exercise before making dinner. It is Friday night and of the thousands of things to do in Montreal, I am just too tired to go out and get culturized or socialized or intellectualized or drunk.  Lets just order in and watch a movie.

As a city dweller, I got concerned if I spent too much time alone, having a job that kept me either at home or abroad. After all, there is an endless bevy of meetups, yoga centers, the gym, courses to take, and self-help workshops all within walking distance. Nothing was off limits, especially in Montreal with its exuberance for festivals all year round.  I will forever remain indebted to this extraordinary city that has given me so much enjoyment over the years.

A cat just scampered into the woods on a mission. Until recently, I had a cat I adopted when my neighbor and good friend passed away. The landlord moved in and poor Minou, in her relentless efforts to return back to her home across the rooftop, showed up at my door with a broken leg. The ogre had taken revenge, after all his threats had not kept her away. Here she would be free and could choose whether to pick a fight with the neighbor’s cat and not its owner.

By the river, I feel no perturbation whatsoever being socially alone. There is nothing demanding my attention or reminding me of what I could be doing. Although I miss my friends, most of them in fact are scattered across the globe. But it is because we live in a more virtual world, I could come to this gentle place, this hidden dream that is more real than other lived realities I have known. I have no comfort zone or someone else to blame if the pipes break. Nor is there a buffer between myself and the elements. The rain last night was deafening, pounding our windows on all sides, the trees swaying feverishly. And on another evening, the full moon cast a glamorous diamond light on the rapids, creating an exquisite midnight spectacle under a stelliferous sky. I meandered the road between the river and the forest through the eyes of a hypnotic moon. While, tonight, the sky broke into a thick rainbow, capping the rivalry of sun and rain.

As I come to know my environs—the blue jays that dart across my lawn sloping down to the river’s edge, the little critters that deign to peer into my balcony window, and the lush cedars and pines that will not forsake their leaves when the snow piles high above the window, I feel a deep sense of reverence. Remember what it feels like to lay your back against the earth, invite the sun to penetrate to the bone, and stare deeply into the passing clouds?

It is a choice. I can roll out of bed, go for my morning coffee on impulse, or instead, walk out the door, pick some tomatoes, acquire a seat of stone by the river, or be surprised down the path to the lake by a noise in the brush or the sighting of moose prints. I am reminded of the kilometer walk to and from my mailbox, the rare times I see the neighbor, riding past on his bike, his dog keeping pace.

It is liberating to ditch the automatic pilot and the list of things I created that took on a false urgency. Is finding the right ingredient to a recipe or attending a lecture something so vital to my day? Is it imperative to my happiness? I have given up the habit of standing in front of my wardrobe every morning, trying to decide what is the right thing to wear for my scheduled events. I am not missing the convenience of indulging my whims, which are more often mistaken for needs. I once sequestered myself away in an ashram in India for three months; contrary to expectation, I did not experience lack because none of my normal cravings, like coffee, were available. I found it extraordinarily restful.

Here in the backwoods, there is a rhythm to my day, as I come to notice the sunlight creep slowly past my curtainless windows. In the end, nature will teach me what I need to know, as I shed another layer of a ruthless routine. Not everyone needs to migrate from the city to the country—though reverse migration would solve a lot of problems in the world—but what we can do is simply reflect on our relentless schedules and become aware of the choices we are making every day. For now, this choice of mine, as a Luciloise, suits me beautifully . . . and I do not have to dress up to celebrate. 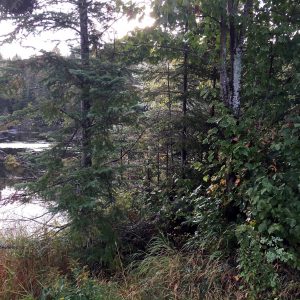 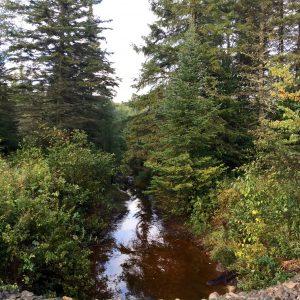 “Yoga is how you lead your life, in harmony with nature. . . . Nature reveals some of her well-kept secrets to a Yogi; and the Yogi respects her and does not interfere in her flow. . . . So even if there is chaos, the Yogi does not attempt to alter the situation. He is aloof, for he has submitted to Nature. Not wanting to get in the way and attempt to alter her plan as per his ego. He knows that there is a hidden order in the chaos.”  Ganasan