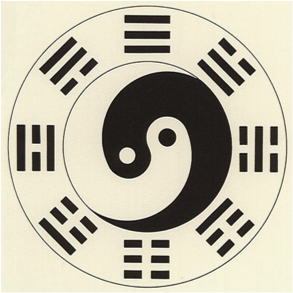 We are creatures of habit. As are our pets. I marvel at the way my housebound grimalkin contentedly repeats the same ol’ routine every day. At the sound of the living room door, she creaks her way to the fridge, those old bones, and still gets there before I do. She does not eat salad one day and filet mignon the next; she strays not far from the same standard fare every day. And I can count on her wedging her way between my laptop and the arm of the chair the second I plop myself down. So is it their fidelity, the reminder of our own routines, or that cool sense of comfort we derive from a predictable pattern that endears us to them?

A good friend of mine recently lost her cat of 19 years and her closest companion. It is a long time to be in relationship with a furry friend who adapts to you and to your lifestyle. The first thing that will change is your own routine.

In my own work, I am often reminded how it is that people resist change. A whole body of literature dedicated to the topic of organizational change, meant to be about tranforming the workplace and improving organizational effectiveness, discusses this behavioral response and suggests ways to facilitate change processes. I have been the one in the position of painting the new future and coaxing the change. In our own personal lives, we notice how we are often forced to make a change as a result of an event “imposing itself” on us. We don’t always act until we have to, even when we know the change is good for us. The classic example is staying in a job we don’t like far longer than we should have.

It’s not always a case of complacency either. I remember a friend once sharing with me that she was content but not happy. And what she really wanted was to be happy. What was missing? Sparing my own thoughts on the subject, I gathered from her that she had all the material comforts as well as a fairly decent professional job and a relationship. “I cannot complain,” is the oft-heard self-reflexive statement, as if this was not enough. And of course that’s the issue; it’s not.

I don’t personally know too many lazy people or those who feel entitled to lounge about all day long playing games or snoozing. But I do know a lot of people who are so busy that sitting at a redlight is annoying. In between getting up early and going to bed late, they are in action mode, doing many different things, a proportion of which are one’s responsibilities as parent or worker and a proportion of which are more a matter of preference or one’s own internal stock of ‘shoulds.’ The doing gets done. Which spurs me to ask myself on occasion: what have I accomplished today?

Musicians are accomplished. We generally think of accomplished individuals as those who have truly excelled, perfected their art, or completed their mission in life. That is a higher standard than accomplishing things in the course of a day.

I’ve been wearing the introspection cap myself lately. I am usually the one bolting out the door when I feel the urge for a change – new job, new city, new country, new physical challenge, new health routine. A little less to say on the relationship side. And then the path of inner exploration I embarked on with a vengeance. My point is that I would be loathe to categorize myself as afraid of change. However, surely par for the course as we grow up and spend the second half of our lives trying to undo conditioned behaviors, I have arrived at a sort of juncture. It’s not the fear of change that plagues me; it’s the fear of not changing. What if I had my astrological chart read in five years from now and it looked exactly the same as today?

Other people, especially those we grew up with, hold up the mirror to us. “Oh, you were always pulling stunts like that.” Or, “some things never change,” implying that your own behavior is the same as it always was. Even when you finally feel like you have overcome some undesirable character trait, they will project onto you the old self, the old mare. Personalities don’t change, is what we think.

Most of us know from quantum physics that time does not exist. What we know as time is only change. Of course I can see that most remarkably in my own body that demands my care and is not getting younger. And the Buddhists would say, nothing is permanent; things are in a constant state of change. Everything around me is changing, and eventually some unexpected death of a loved one or a mid-winter storm on the way to the airport will alter my path. So even if I did nothing every day but tend to my needs, I will metamorphose, will I not?

I know very well that my visceral fear of not evolving is more an impetus than a question. It puts me on the edge looking over a precipice. I can’t go back the same way I came up the mountain. I can choose to stay here and enjoy the views forever. But there are higher peaks than the one upon which I stand. If I want to get there, how do I choose? I always wanted to fly.

According to the I Ching or Book of Changes, I am treading on the tail of the tiger. I am warned to proceed with caution and circumspection and only thus will I achieve my purpose, i.e., overcome the danger by going forward. I could not ask for a more apt passage. So it seems if I provoke the tiger’s roar, I will surely fly but not exactly of my own accord. The I Ching says I am called to carry through this dangerous enterprise by my own inner power. Maybe I just need to make sure the ferocious one is always in front of me. The tiger is a ‘gentleman’ as once told to me by a tour guide in the Sunderbans of Bangladesh; one swift, stealth move and he has the back of your neck.  No time for fear.