My mind has a tendency to switch to the quest channel – tuning in to the endless search for answers, the meaning of life, the expression of multiple universes, the space that exists within the atom, until the search for my cell phone or my keys jolts me out of cruise control. What truly keeps me questing, though, is the fact (or fate) of having chosen a bilingual environment for my home and a bilingual relationship to boot. As such, I seem to be searching my memory banks several times a day for the meaning of a word.

One sunshiny summer day, while on a bicycle trip, Gilles mentioned to me in the vernacular that he had brought along some worms. I mulled over for a long time in my mind why he had brought some worms before reacting. The word in French for worms is “vers,” the same pronunciation as “verres” which means glasses. It took me awhile to realize he had meant the latter. Why I thought of worms first evoked some dark side of my personality. There was a time I enjoyed picking earthworms out of the wet earth with great tact so as not to split their wiggly bodies. But I was five then.

Later on that day, Gilles and I stopped at a dépanneur (the local 7-11) and the first thing I noticed by the door was “worms for sale” (or was it, “we have worms”?). Spelled correctly, of course, as “vers.” I chuckled to myself, it’s the external imaging of my own thoughts. Once you fixate on an idea, you see it everywhere. Our next pit stop, another dépanneur. While waiting in line, the man ahead of me ordered cigarettes, beer, and some worms. The salesperson reached into the fridge underneath the cash register and an unmarked container was now placed beside the beer. It can’t be. They EAT them! My mind ran amok as it shouldn’t have. Poutine is a traditional snack food in Quebec but worms! A well kept secret. I was mentally referencing the similarity with the giant frying pans of silkworms on the street corner in Vietnam. NO! Of course I knew the customer was about to trot down to the St. Lawrence River and go fishing but my mind was furtively enjoying a different reality. Why was that? Well, this mindmap could go in a wholly different direction as well and ask why we think it’s okay to put worms in a fridge and then use them as bait to catch fish.

Which is my segway into something more philosophical than the meaning of a word but rather the word “meaning.” I follow the work of Joel and Michelle Levey, Wisdom at Work, and unlike many proponents and inspirational leaders of consciousness today, they are hired by mainstream companies to introduce their message and the practice into the workplace. Google now has 24 locations around the globe that meditate together. After 4 years of accompaniment with the Leveys, Google has a routine called the “G-pause,” a moment of calming the mind and centering before going into a meeting space. So it was at the Meaning Conference 2014 in the UK that the Leveys spoke about their recent work in mind-fitness leadership training.

The Conference seeks to create a community of thinkers and doers from around the world who are taking steps to bring about more conscious, purpose-driven business in the 21st century.  What the speakers of 2014 seem to share are a spirit of innovation, a belief in a more positive future, and their own ingenuity to bring about a way of transforming organizations and communities.

We live in a surround-sound of cynical voices and doomsdayers who gather up the evidence just by listening to the news. I feel the news permeate my being involuntarily. How am I supposed to be present to the innocent people in a Sydney coffee shop taken hostage by a deranged person or the reality that the glaciers have been melting three and a half times faster in the last decade than expected?

For one, it comes back to my initial musing about the worms and the imprint of an idea upon our life experiences. The Leveys explain neuroplasticity an 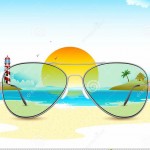 d how our thoughts activate neuron circuits that grow stronger and more interconnected to such a degree that we rewire our brain, thereby influencing how we interpret our world. What kind of thoughts are we cultivating most of the time? If I had thought “sunglasses” instead of “worms,” maybe I would have been seeing more sunshine all day instead of the worms I never got to see. That may seem like a silly comparison. Taking it to a higher level, the question is how I perceive and react to events gripping humanity today? I can choose to go into survival mode, rant mode, or . . . what else? What is the alternative?

The Leveys teach that we can serve VUCA times (volatility, uncertainty, complexity and ambiguity) through resilience based on mindfulness (my words). Quoting from their talk at the Meaning Conference 2014:

Resilient people face challenging circumstances straight-on embracing their experience for what it is. They then do whatever it takes to survive.

Resilient people have the open-mindedness, creativity, or trust necessary to find positive meaning in the traumatic experiences of their lives.

Resilient people use their creative intelligence and imagination to simulate and evaluate scenarios, and to improvise responses to life-events that are life-affirming.

I think it takes courage, more courage to take the side of the sunshine in dire times. And as I choose, I am encouraged by the news that the UK will soon be publishing The Mindful Nation Report, a small progress marker, indeed, but novel! I like it.